The fourth Grand Slam of the year – 2021 US Open – has reached its business end and the four semifinalists from both men and women’s fields have been decided. While world number one Novak Djokovic will take on Alexander Zverev, Felix Auger Aliassime will cross swords with Daniil Medvedev in the men’s semi-finals. On the other hand in the women’s category, Emma Raducanu, Maria Sakkari, Leylah Annie Fernandez and Aryna Sabalenka have reached the last four of the mega event.

However, other than world-class and enthralling performances on the courts, the Grand Slam events are also known for all the dresses and shoes worn by tennis athletes as all the biggest brands try to get the attention of the audience with their creativity. And why would not they? Here is. look at the athlete wear worn by the players this year. Naomi Osaka, of Japan, serves at US Open (AP)

Despite her third-round exit, the Japanese athlete has grabbed netizens eyeballs with her mesmerizing neon yellow Nike dress during her matches. The deep ‘V-back’ of the dress is secured by a black horizontal band.As elegant as Osaka looked in her dress, it was her customized Nike Air Zoom GP Turbo shoes that hogged everyone’s attention. The shoes also had the name of her family members and the flag of Japan and Haiti as she proudly flaunted her multi-cultural origin. 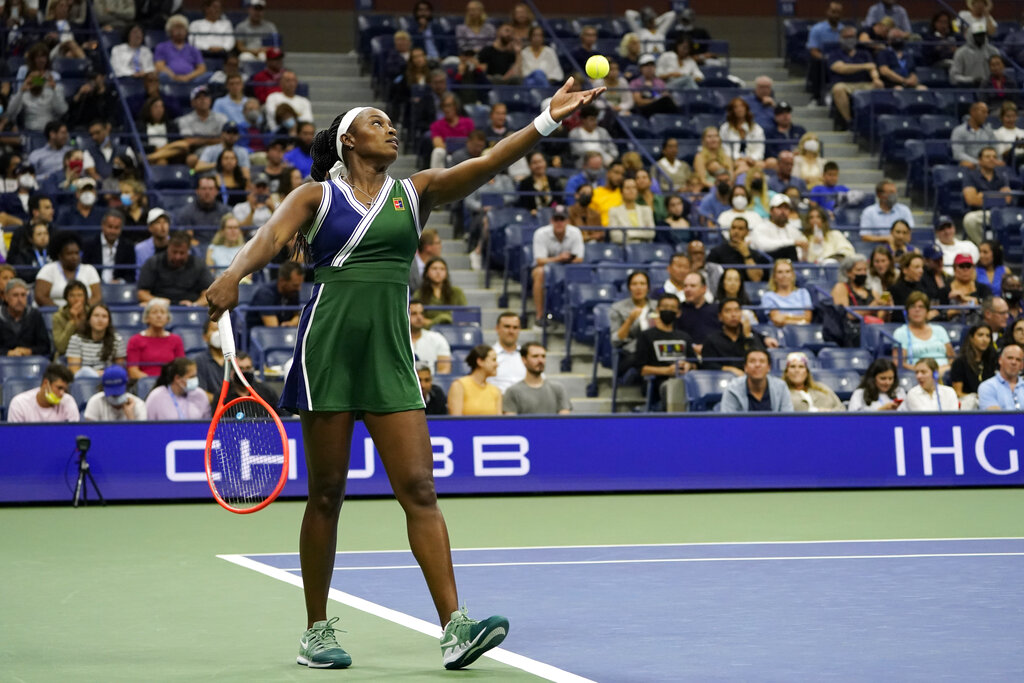 Sloane Stephens, of the United States, serves at US Open (AP)

The 2017 US Open winner Sloane Stephens turned several heads with her performance as well her dressing sense in the fourth Grand Slam of the year. The American tennis star was seen sporting a gorge green and binary blue coloured Nike dress. Coco Gauff, of the United States, returns a shot at US Open (AP)

There was a sense of youthfulness in the 17-year-old American tennis prodigy’s dress at this year’s US Open. Gauff love 90s fashion and as a result, she is often spotted wearing vibrant colour dresses. It was also the case at the 2021 US Open, where she donned a square nick-line, black and white printed bodysuit and she paired it up with a pink colour biker short.

A glance at Gauff’s New Balance FuelCell 996v4.5 sneakers will give you an idea as if it was designed for the grand finale of the summit clash as it is played under the lights. Three colours are majorly used in this masterpiece – purple, pink and orange. Daria Kasatkina, of Russia, returns a shot at US Open (AP)

Daria Kasatkina is the newest member of the Adidas family and she was seen wearing a sleeveless top and black shorts. The herringbone print on Kasatkina’s dress was also matching with her stylish Russian’s Barricade shoe. Anett Kontaveit looked as dazzling as ever in her Lacoste’s tennis dress in the last Grand Slam of the year.